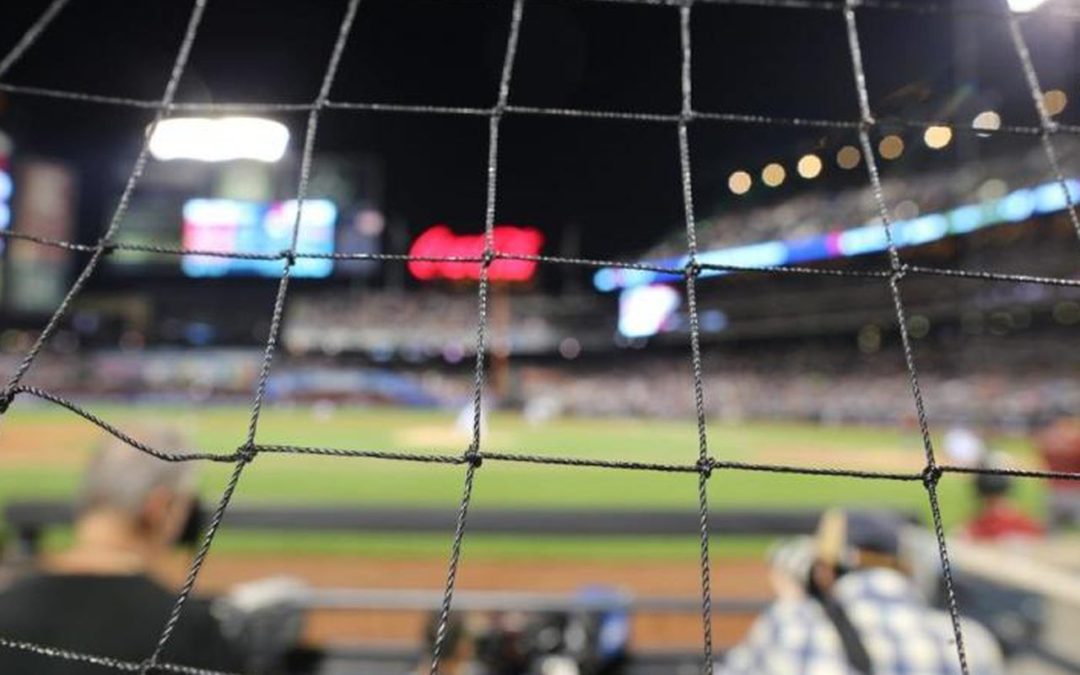 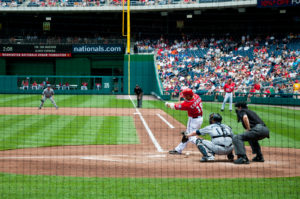 MLB Net by Nets of America

Baseball Nets catch! The first thing that comes to mind while you’re standing in line at your favorite stadium at Opening Day is seldom your safety. But maybe it should be. Sure, there’s plenty of security and other safety precautions that go into each game. What you don’t think about the wayward ball and flying shrapnel of bats that, more often than not, end up injuring spectators during a game.

Each year, millions of fans of Major League Baseball flock to the stadiums in the US. Baseball Nets Catch & the thrill of watching a ball travel over 100 MPH. The loud crack of the bat as it connects, makes the trip well worth it.

October’s chill is fast approaching, and it seems like every Major League Baseball season ends with multiple injuries. And we’re not just talking about the players. We see spectators carried out of stadiums all the time. 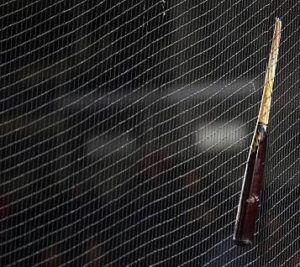 1,750 baseball spectators got hurt last year which is 2 per every 3 MLB games. The average baseball batter’s swing has an impact of 4,145 pounds of force on the ball. With peak force it reaches all the way up to 8,300 pounds. This can result in a ball leaving the bat at 100 miles an hour. In a MLB game, 35 out of 40 balls end up flying into the stands.

The need for extended netting has been a key debate for years now in the league as the injuries from wayward balls and flying shrapnel from broken bats continues to take a toll on spectators. Baseball, and more specifically Major League Baseball as well as other leagues, have always had a safety challenge.

In an attempt to accommodate the fans, and to ensure their safety during the game, Major League Baseball has announced that it is going to install protective netting or backstop nets in all 30 ballparks. According to the new policy, all MLB teams are going to extend the safety netting behind the home plate, which is 70 feet or so, down the foul lines, to the ends of both dugouts, as in, the dugout that’s the closest to the home plate.

The good news is that the MLB clubs have taken note and are working towards a viable solution. MLB teams from the Yankees to the Giants have all extended their protective netting offseason in order to comply with the new recommendation made last December by the Major League Baseball committee. All major clubs have been quick to comply to the new rule, with even stalwarts such as, Wrigley Field adding more protective netting that extends 70 feet from the home plate to the inner edges of the dugouts.

Besides these teams, other clubs have taken their attempts to improve the safety of their fans even further by adding protective netting all the way to the outer edges of the dugouts.

MLB improved safety measures following the NHL. In 2002, The NHL adopted safety nets after a 13-year-old was fatally struck by a deflected puck. Even in Japan, longer safety nets are the standard in baseball nets catch, where these nets extend all the way from foul pole to foul pole. The support for extended safety netting has come from everyone in MLB, including the fans, who have finally realized the importance of safety nets during professional games.

Major League Baseball prides itself in providing its fans at the ballparks with unmatched proximity and access to the players. Fan safety is #1. A good quality net will guarantee it. One of the challenges that have stopped MLB clubs from implementing safety netting during their games is the unique configuration of ballparks. While the new baseball rule of providing additional safety netting during every game will alter the ballpark experience that the MLB has been striving to preserve for so long, it goes without saying that there is a very real need of safety netting during major baseball games for the protection of baseball fans.

It goes without saying that backstop netting is a crucial part of any professional club or play-at-home baseball fan. It doesn’t matter if you are searching for a portable or permanent backstop netting, you are going to need robust equipment you can rely on to get the safety that you are looking for with your safety netting.

Companies such as, Nets of America supply high quality, durable backstop nets for not only professional baseball teams, but also for high schools, colleges and fans of the sport. The premium quality nets on their website are robust, well-built and can stand any test in a professional setting or by the little leagues. Gain a piece of mind knowing you have a good quality safety net to keep you safe.

Nylon netting made for baseball nets catch offered by Nets of America are simply the best. For 20 years professional organizations have been using Nylon nets. You also get to choose from a variety of choices so that there’s always something for everyone regardless of their budget. Nets of America carries nets are made from Dupont grade 66-728 Twisted Knotted Nylon. UV Protected/weather treated, tar finishing for durability is added. Baseball nets catch by Nets of America are able to last for longer as compared to other brands because of these combinations.

Baseball backstop netting prevents injuries. Nylon netting is the best option for hanging to trees or poles in the backyard using bungee cords or cable ties, as well as in professional settings.

Baseball Batting Cage Netting are ideal for both softball and baseball. Professionally designed, premium quality baseball backstop nets or cages, allow pitchers to practice their breaking balls, changeups and fastballs. Baseball backstop safety nets can stand as high as 19ft and can span 130ft, providing the most coverage when it comes to safety whether it’s a game by MLB or the little leagues.

While having to safeguard the spectators during a game can seem impossible. Getting a larger backstop net can easily protect anyone who is sitting in the stands behind the players. Netting systems also comes with rotating wheels which are able to rotate 360-degrees and use a pulley system to adjust the netting according to their requirements. When it comes to the color of the netting, baseball backstop safety nets are available in multiple colors, which include black, white and green. 99% of the nets bought are black because they blend into the background better. The other colors standout and are a soar for viewing through.

This is the lightest possible option that is available when it comes to baseball backstop netting. That said, it is still designed to withstand 194lbs and has a mesh squared of 1-3/4”. This baseball backstop safety netting has a lifespan of around 3 years.

This baseball backstop safety netting is considered to be the in between option and is also not recommended for commercial facilities. That said, it is excellent as a divided or backstop net. This net is for those who are looking for a slightly stronger net as compared to the previous version. The netting has an average breaking strength of up to 295lbs and has a lifespan of up to 7 years.

This is the most popular batting cage net and is being used by many MLB Teams, little leagues, indoor facilities and colleges. This is an exceptional baseball backstop safety net with a mesh size of 1-3/4” squared. It has a breaking strength of 345lbs and can last for up to 8 years.

Many MLB teams use this for their cages. The net is only around ¾” thick and has a breaking strength of around 485lbs. These are ideal as backstop nets and can last for more than 10 years.

Other baseball backstop safety netting that is available at Nets of America includes gauges #60, #72 and #96. These nets can be described as overkill as far as baseball backstop nets go. However, they deliver superb results and are the go-to choice for those who are looking to keep spectators safe during a baseball game.

It goes without saying that baseball has become part of the fabric of American culture. It is one of the greatest pass times in history of sports in the US. The game is also constantly evolving.  Ballparks are changing and improving to keep up with the times. The rules of the games and its players are also evolving greatly. Each change has been an improvement to the game, which has made it better and more enjoyable for the fans. Whether its addressing the use of controlled substances by the players, calling for improved security at MLB games or making the experience safe, the sport is constantly on the move.